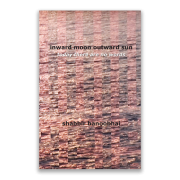 In the body of South African writing, his is a rare voice with the courage and the artistic skill to articulate a contemporary spirituality convincingly. The utmost simplicity of expression is used to conceal and reveal, at one and the same time, ideas of intense profundity. The poems are often meditative songs of love, longing and loss in a mystical world but as often remain rooted in the social and political struggles of this world, as depicted in the stanza above taken from the poem ‘sarajevo’ for which he received the 2001 Thomas Pringle Award for poetry.

wisdom in a jug – reflections of love (Extract)